December 12, 2015: My boyfriend’s dad, Norman, was so sweet to ship me an early Christmas gift – an Apple watch. He let us know that it was on it’s way, so I was anticipating its arrival for days and fully prepared to do a grand unboxing when it came. 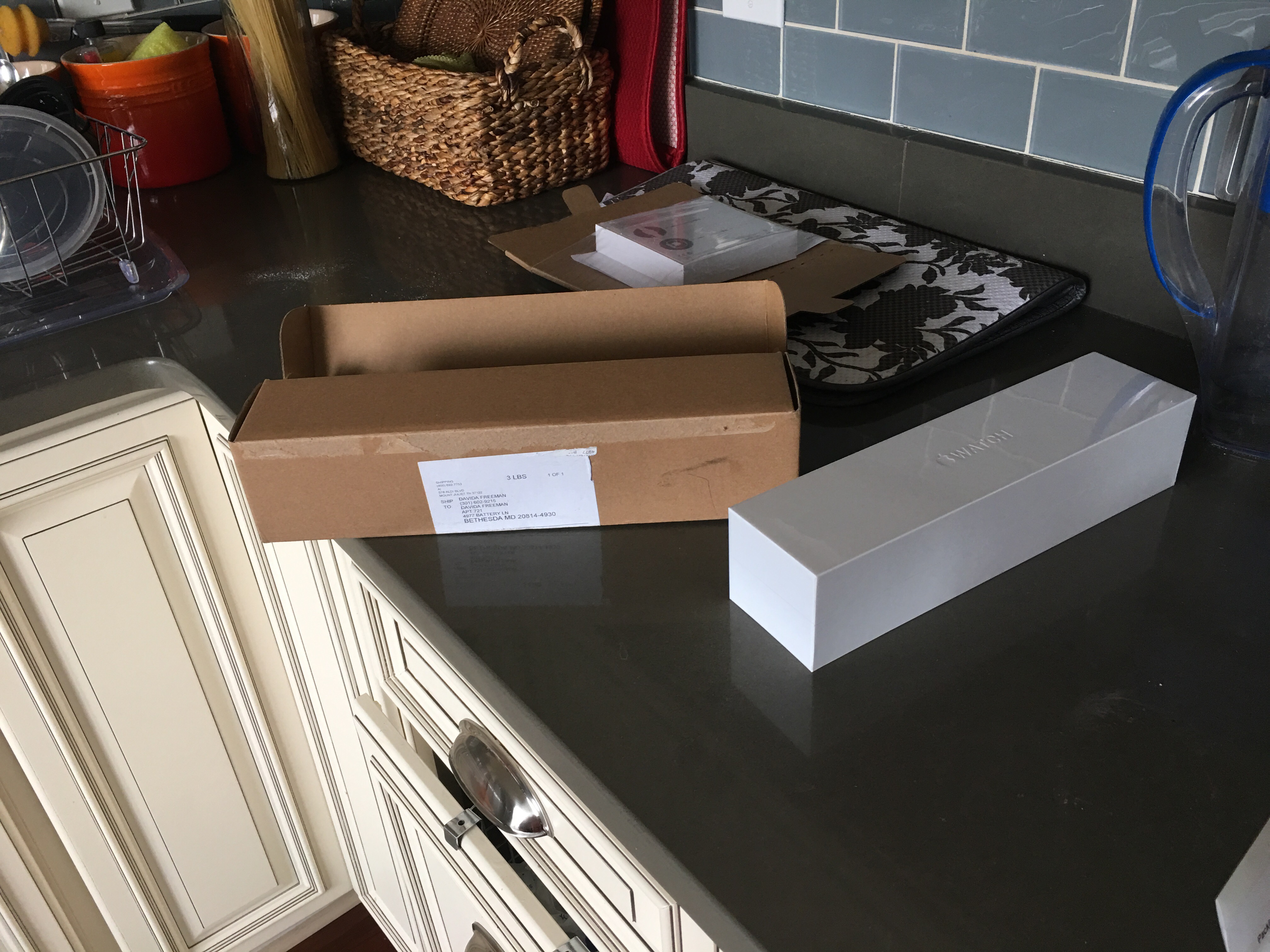 Then Bruce reminded me that we always wait to open our Christmas gifts until Christmas day. Sigh…thank you sweetie.

I then shifted gears and indulged in the delight of box decorating. I decided to wrap the shipment box in my favorite decorative paper (Starburst: Turquoise/Magenta on gold). I wanted to give this box the star treatment so that it looks stunning under our Christmas tree. 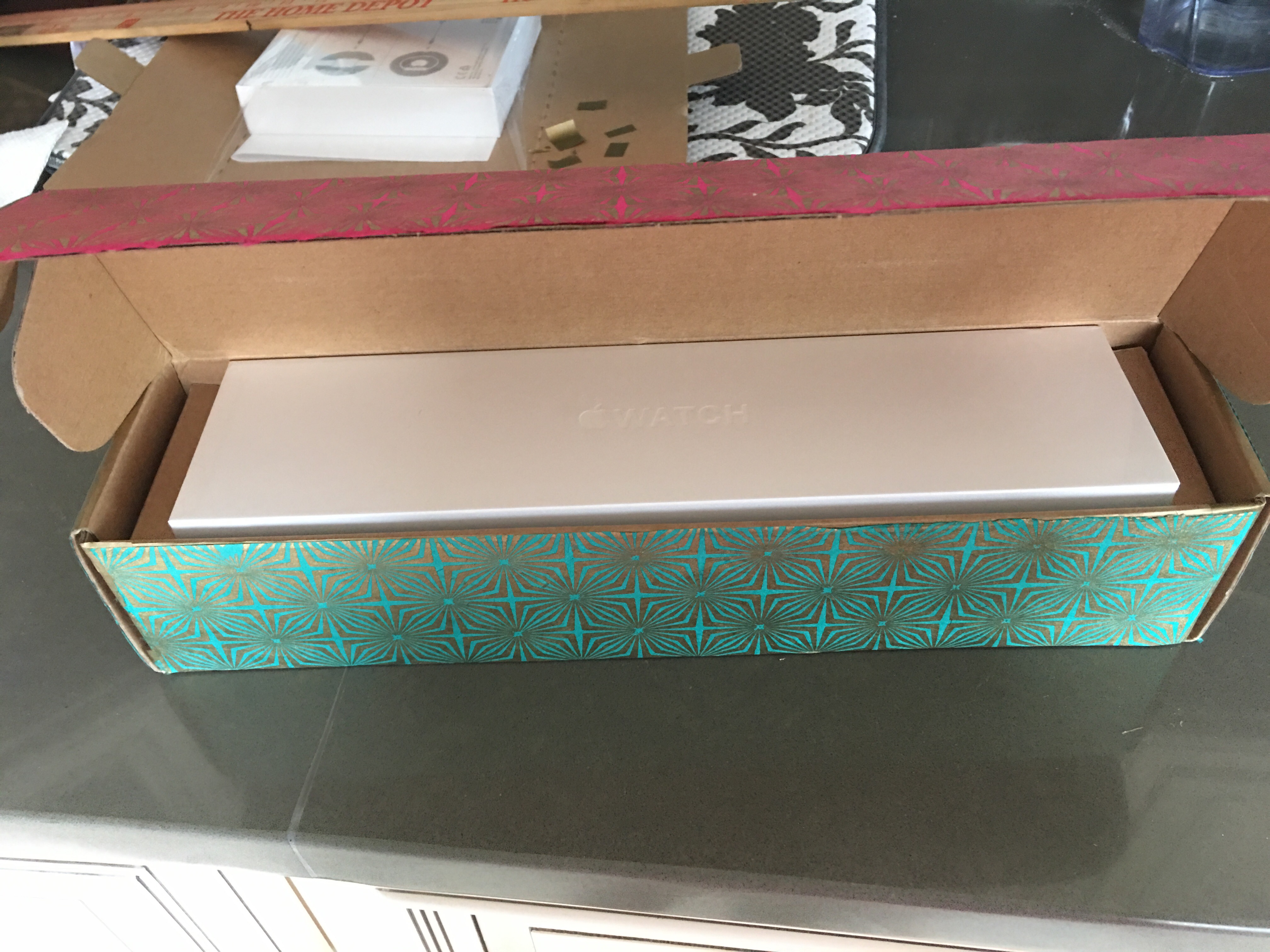 After using the box to measure, trace and cut the paper, I used Mod Podge to glue the paper to the box. 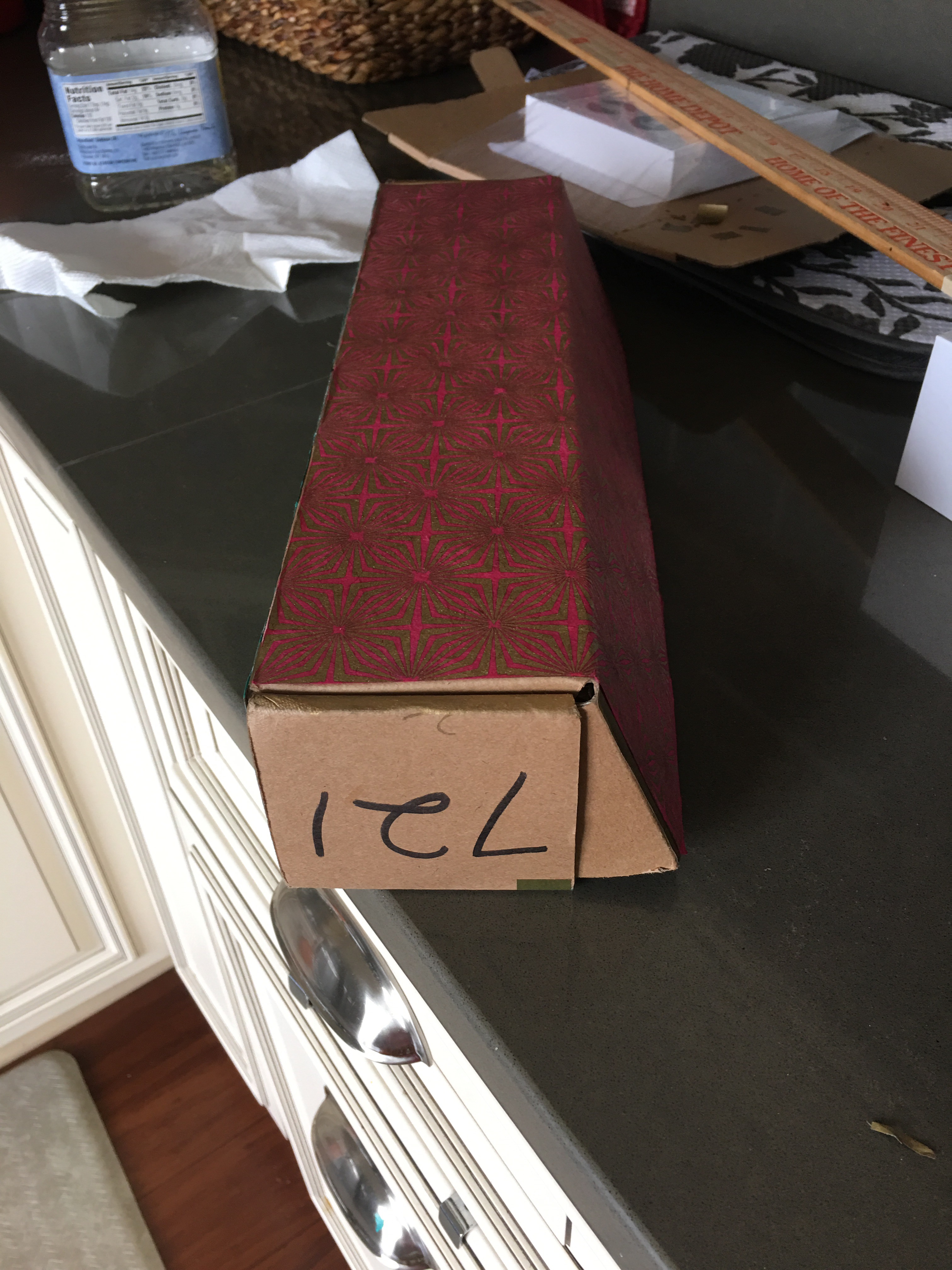 I used the magenta pattern paper for the top and lid. And the turquoise for the sides, bottom and back.

As shown below, I chose to decorate the shipping box so that the Apple Watch package can be placed back inside. 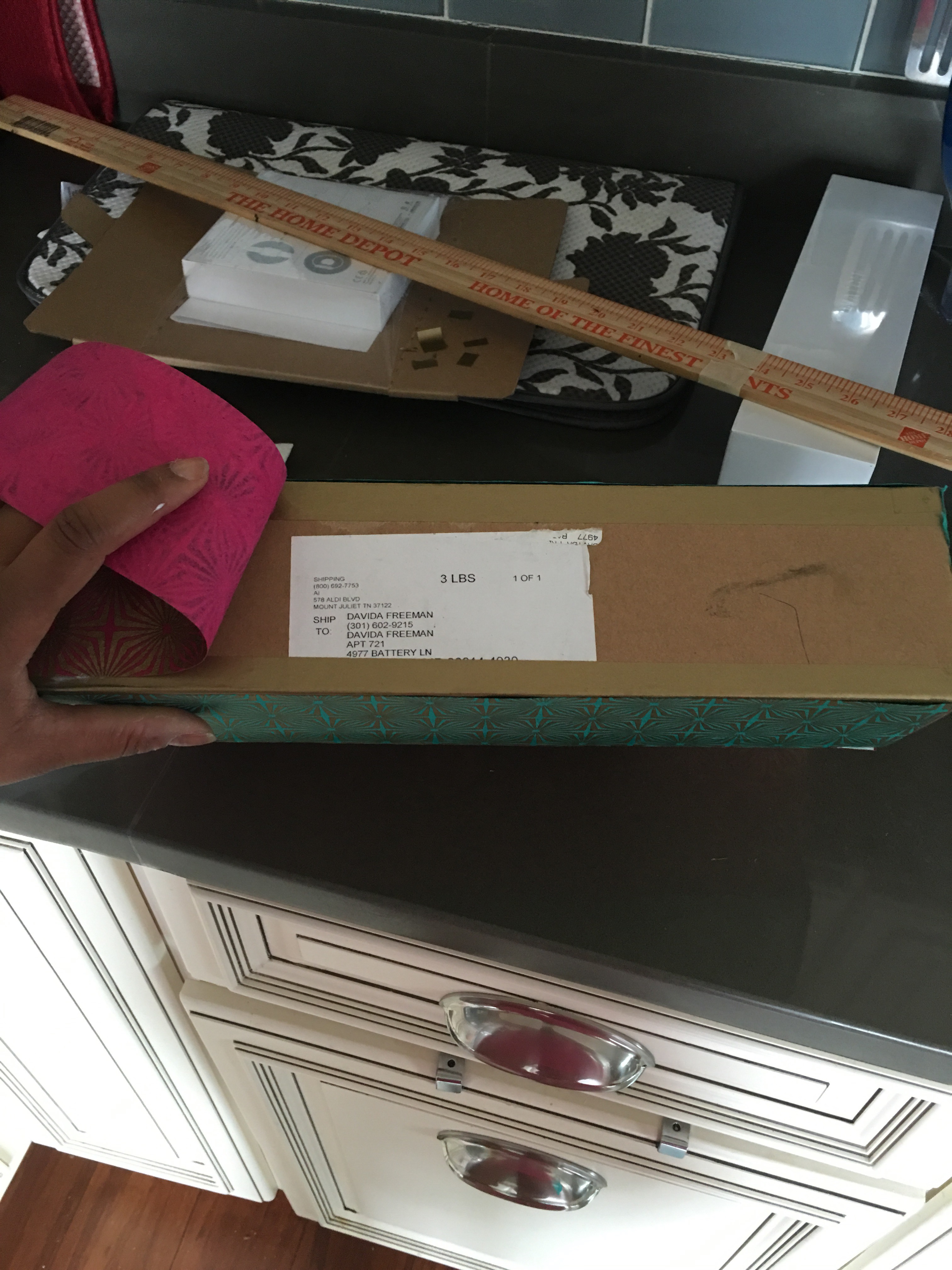 I will most likely wrap the Apple Watch box itself after I officially open my gift (and unbox the box).

Now, sadly, I realized after the fact that I did not take pictures of each step of the decorative embellishments.  So I’ll do my best to describe each step (and will put up another post going through the process step-by-step (when I decorate the watch dock box, shown below still unwrapped). 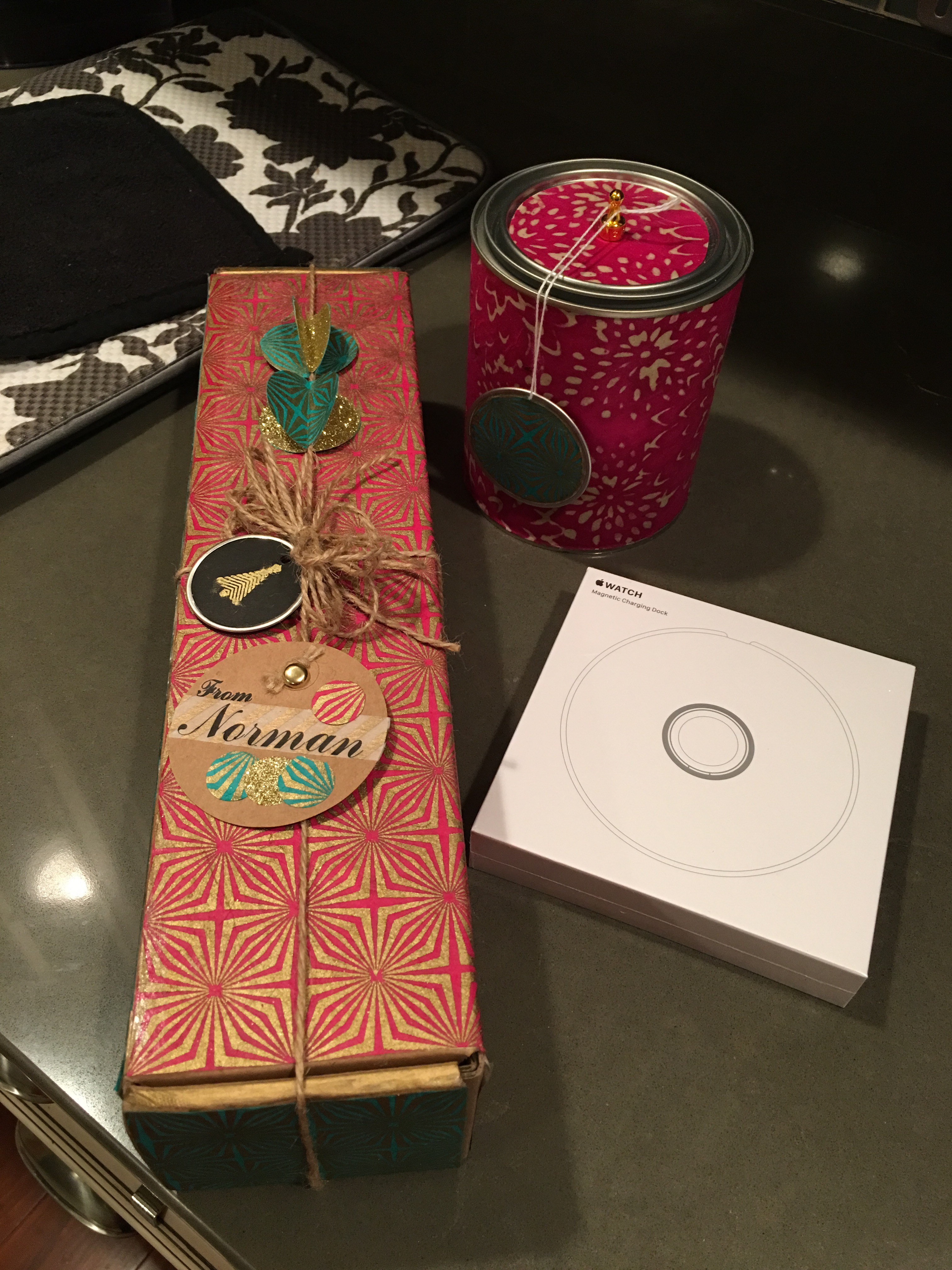 And that’s it.  It’s displayed below with the Apple Watch charging dock box (which I will wrap next) and one of my decorated tin canisters (which currently holds my paper circles, tags and such. 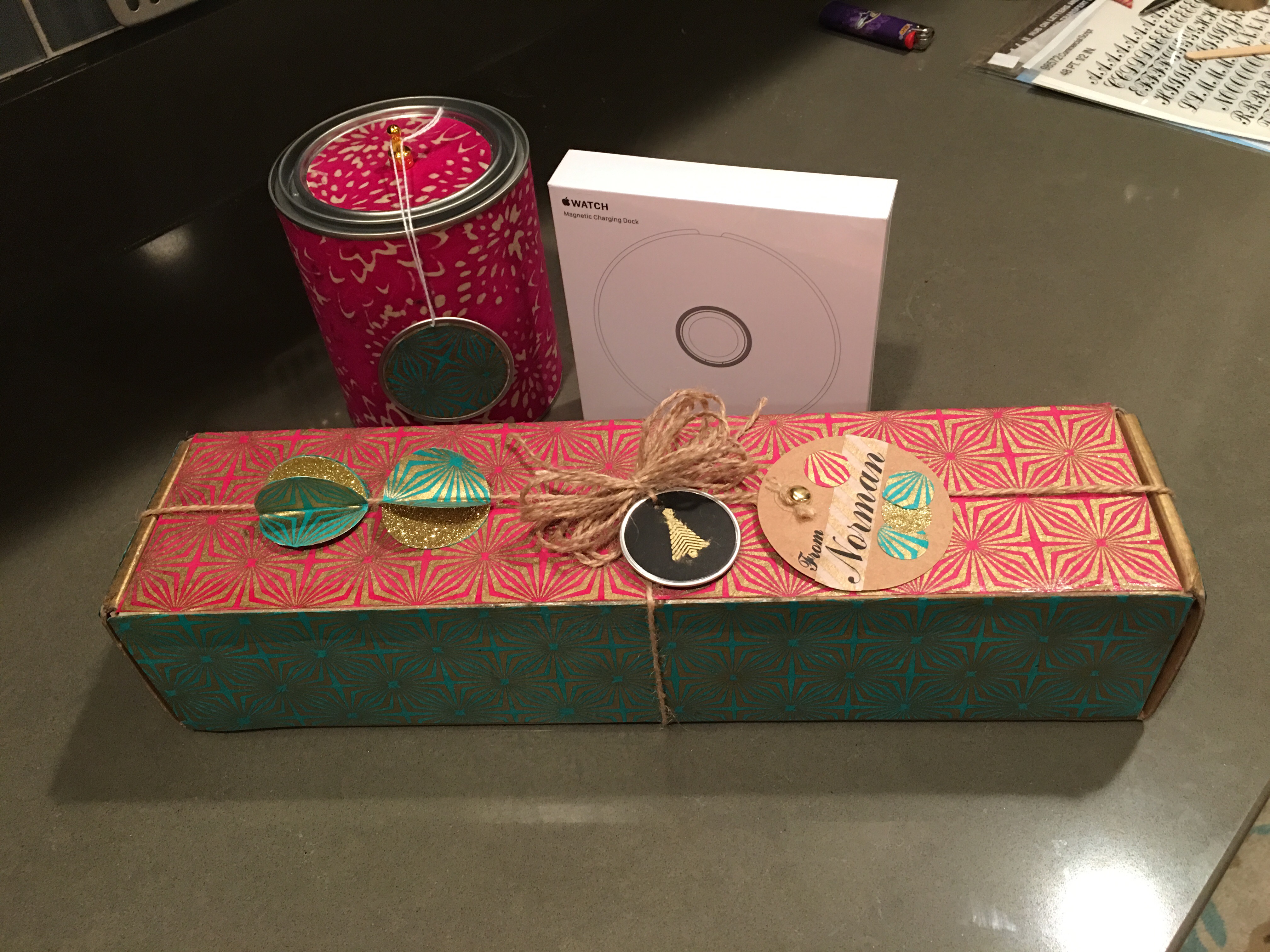 I am most proud of the tag (and send a picture to Norman as an early thank you!). V- 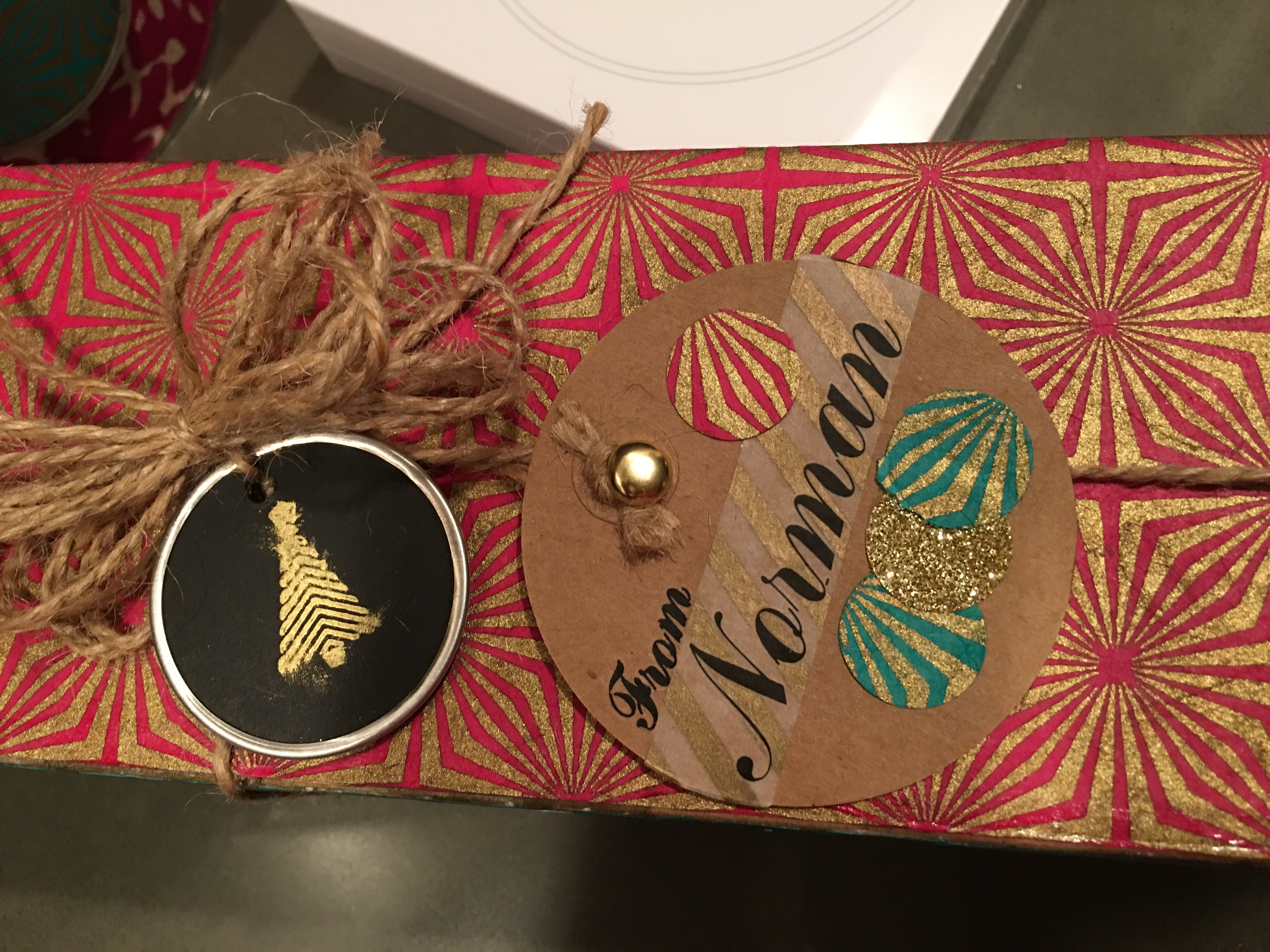